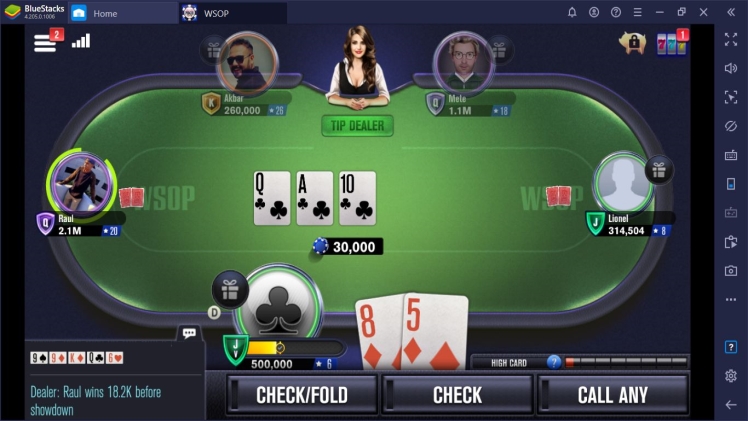 When Joseph Hachem turned his cards over to reveal he had a straight 3 to 7, the world had a new poker champion. It was nearly 7am on Saturday July 16, 2005. The final table of the WSOP’s NoLimit Texas Hold’em championship event had been running some 15 hours, and at last the remaining two players were all-in. Hachem, whose opponent had a Pair of Aces, had won, becoming the 36th WSOP title winner, scooping $7.5 million.

That’s healthy inflation, but in the following years things really went nuts. In 2000, the winner took home $1.5 million – and the 2005 WSOP champion won five times that amount. So big have the first prizes become in recent years that the winner of each has shot straight in at number one in the all-time money winners’ list.

Future winners will undoubtedly do the same. Demand to play in the event has never been higher and as it increases each year, so does the number of participants. In 2005 there were 5,619 players vying for the championship title – that’s more than double the 2,576 who competed in the previous year’s championship event.

With each of these seats in the tournament costing $10,000 (some are paid for directly by the players, others by the websites who run the online satellite qualifying tournaments), it’s easy to understand why the prize money just keeps on growing. WHERE TO PLAY POKER • RG to Poker 100-185.indd 146 23/9/05 10:44:52 am The Wor.

It’s all such a long way from 1969 when a handful of top poker players were invited to the Riverside Casino in Reno, Nevada, by its owner, Tom Morehead, to take part in what is regarded as the first World Series of Poker. It wasn’t called as such – its name was The Texas Gamblers’ Reunion – and wasn’t really a tournament either, as there was no winner at the end. Everyone who took part just played poker for one week solid and then went home. Nevertheless, the event attracted a healthy amount of public interest and all the big names in gambling