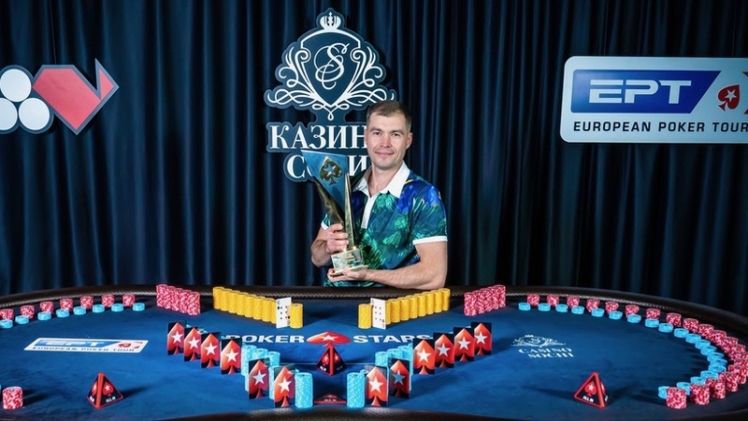 The prize pool in the final event was in excess of 2 million euros, making it the largest poker tournament held in Europe. Sponsored exclusively by www.pokerstars.com, the EPT expanded to include an event in Baden, Austria for Season Two to go with the events in Barcelona, Dublin, London, Copenhagen, Deauville and the finale in Monte Carlo.

One regular on the EPT is former US Open Tennis champion, Yevgeny Kafelnikov, although the Grand Final winner of Season One was a middle-aged Dutchman, caring family man and long-time gambler, Rob Hollink. World Poker Exchange A new event which grabbed headlines in 2005 was the London Open, hosted by World Poker Exchange, which claims to be the first major live tournament mounted by a online poker business.

With a $2 million prize at stake, this high profile pro-celeb tournament saw poker stars such as Doyle Brunson, Gus Hansen, Mimi Rogers, and cross-over celebrity Jennifer Tilley at table with UK horseracing pundit John McCririck and a host of young aspirants. The event was won by Iwan Jones who walked away with $750,000.

Poker entered our cultural history at an interesting time. The early 19th century witnessed many changes: the beginnings of modern republicanism; mass migration, not just to the New World of the Americas, but also through the colonies of the Old World; and the rise of an entrepreneurial middle class alongside the emergence of a powerful industrial working class.

Both had their own ways of passing time – usually involving the possibility of enrichment. Card games, hitherto conducted in bars and brothels, became acceptable among the middle and upper classes, while the possibility of cleaning up at the table, and thus raising one’s social stakes from poverty to wealth, attracted many further down the social ladder