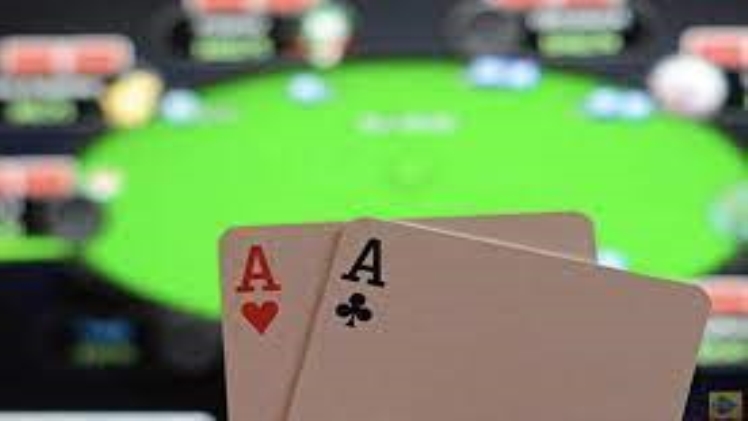 HOW TO PLAY POKER

Don’t be daunted by the huge variety of poker games. On the whole they all revolve around the same principle – the player with the best five-card poker hand wins (although there are some versions where the worst hand takes the money, but more on that later).

This means that poker (in all its forms) is a vying game. The players bet on who holds the best combination of cards, progressively raising the stakes (and thus the value of the pot) until either a showdown occurs, when the player holding the best hand wins the pot, or all but one player have given up betting and folded – dropped out of the game – in which case the remaining player, the last to raise, wins the pot without a showdown.

The major differences between the various forms of poker lie in how the players come by their five-card hands. Some forms have shared community cards (sometimes called board cards) that can be used by all players to improve their hands; in some, players only use the cards dealt directly to them. Some versions of the game force all players to expose a certain number of their cards; in others the entire hand is hidden from opponents.

A Game of Many Hands

Some styles of poker allow players to pick their best five cards from a choice of seven; in others players can get rid of cards they don’t like and are dealt new ones. Confused? Well don’t be. The four games detailed below will give you the platform you need to be able to play all of the hundreds of poker variations that exist. But rest assured, the four main poker games described below, and their common variations, are the ones most frequently played today, both in casinos and online. And once you have grasped these, no version will be beyond you.

It is important before fi rst sitting at a poker table that you understand the basic winning hands. These tend to be common to all forms of poker, with the exception of Lowball, where the lowest hand wins, or High/Low where the pot can be split between the highest and lowest scoring hands (and it is possible to scoop the pot in such a game, by holding a hand that qualifies as both, and is better than anyone else’s).

FOUR OF A KIND fairly self-descriptive, simply four cards of the same rank or value, such as four Aces or four Fives. In the case of two players holding Four of a Kind, the highest rank or value wins.