Sports jargon has grown so ubiquitous in regular conversation that we may not even realize we’re using it. Baseball, soccer, tennis, boxing, hockey, basketball, and darts all contribute significantly to the English language, with boxing playing a significant and indisputable impact.

While not everyone follows boxing, there is no doubt that it has affected our society and even how we speak. You may not realize it, but several of today’s most famous phrases have their origins in the history of boxing. We have phrases like “ringside judge” and “ringside seat” to indicate someone who carefully observes a situation and someone privileged with a good perspective. One might potentially “throw in the towel” after numerous tries to check the Probellum website for boxing news when the internet connection is down.

Take a look at these terms that we use all the time but originated in the boxing ring.

Throw your hat into the ring

You’ve undoubtedly heard newsreaders remark many times that some politician or other has “thrown their hat in the ring,” maybe for a leadership contest – sound familiar? It indicates you’ve shown an interest in taking part in anything.

Back in the day, potential fighters would physically toss their hat in the ring to show the referee they intended to challenge someone to a battle. However, throwing anything into the ring does not automatically imply that you are ready to battle, as we shall see with the following idiom.

Throw in the towel

This phrase denotes giving up on something since you have recognized you will fail. In a sentence, this would be: -“Three of the original five Democratic presidential candidates have now thrown in the towel.”

This term is, of course, derived from boxing. When a boxer is beaten, and his coach wants to end the bout, he throws in the towel to signify his defeat.

It’s all fun and games when you’re messing about with your buddies – until someone says something genuinely nasty. When this occurs, you may remark that their joke was ‘below the belt’ or that it was a ‘low blow.’Throwing a punch below where a belt might sit, such as below your waist or navel, is an illegal move in boxing. It doesn’t take much imagination to figure out why.

Roll with the punches

If you’re utilizing it with your friends, it implies adjusting when things don’t go as planned. In boxing, it refers to shifting your body away from your opponent’s punches to reduce their impact on you. 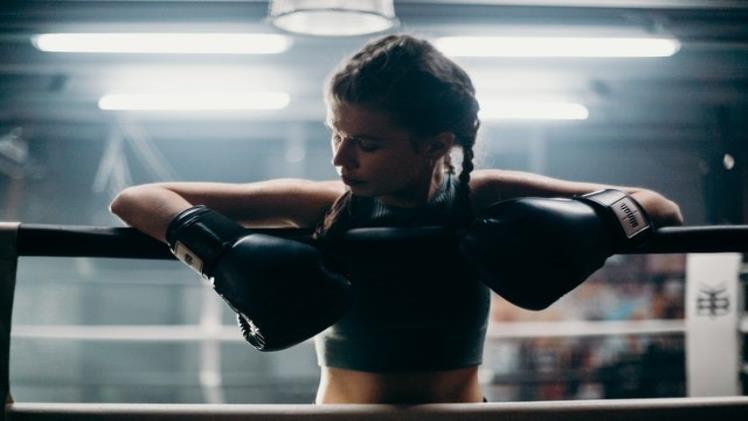 Down but not out / Down for the count

If a small business is losing money and trying to stay open, it is said to be “down but not out.” However, if it falls out of business and closes its doors after suffering, they are “down for the count.”

In boxing, “down but not out” refers to a boxer knocked down but can rise and continue fighting.

In contrast, “down for the count” refers to a boxer being knocked down so severely that he cannot get back up.

This means that anyone has the potential to succeed, whatever the odds if they work towards it. For example, if a presidential candidate has fared poorly at the polls and throughout his campaign on the Election Day, he still has a “hit-and-run” chance of winning if the citizens vote for him.

In boxing, it means that even if the opponent has won 11 out of 12 rounds and it doesn’t look like he can win, if the fighter has a single punch that can knock out the opponent, he still has a chance to win the entire fight.

Beat to the punch

Beating someone in the punch means doing something before them, and it comes from the idea of ​​landing a punch before your opponent in the world of boxing.

The term “below the belt” refers to the unfair and unlawful boxing tactic of striking someone in the nether regions. Historically, a low blow is an illegal blow below the waist, but today also an unethical assault or insult.

This term means stunned and confused in boxing, and it refers to a fighter dumbfounded by too many blows to the head. Later, punch drunk signified a neurological condition often seen in boxers, formally known as chronic traumatic encephalopathy.

Saved by the bell

Saved by the bell is a language that means being rescued at the last minute from a difficult situation. It’s a boxing term referring to a losing fighter “saved” by the bell signaling the end of a boxing round.

Boxing has also given rise to the following idioms:

We frequently adopt words or slang terminology without truly knowing what they mean or where they come from. Now that you know the actual meaning of these idioms, you may convert those ordinary words into tough talk and pack more punch into your dialect!

Now “pagalmovies monster” is the best website around the world.

Get updated movies and web series at “9kmovies win“.